Why is Neutral-Earth Reverse connection a problem?

If a socket outlet is used without realizing there is mistake of N-E Reverse connection, the upstream RCD will trip causing a power shutdown.
But if the circuit is not protected by RCD, large load current ﬂows in the Earth conductor, causing an electric shock and a ﬁre hazard.

Judgement by a multimeter

When measuring with a multimeter, even if N and E are connected in reverse, the voltage will be the same as when they are connected correctly, and miswiring cannot be found. 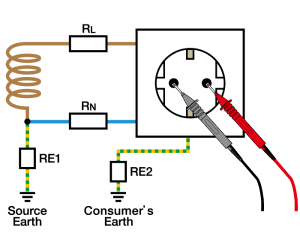 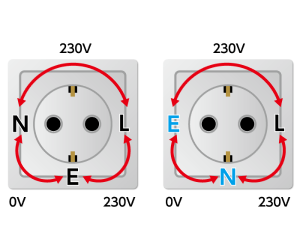 Our intelligent socket tester, KEW 4506, can solve those problems!

If the Earth system is TT and the circuit is protected by an RCD with rated current of 30mA or more, N-E Reverse can be detected by KEW 4506 alone. 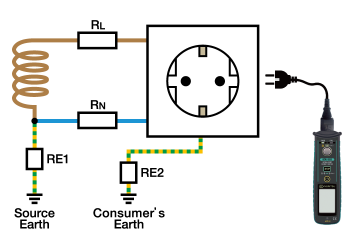 KEW 4506 detects N-E Reverse checking the difference of these resistance values.
Therefore, if the L-E resistance is extremely low, the Reverse connection of N-E may not be detected.
Also, a 10mA RCD may trip because a test current around 10mA is used to measure the resistance.
In above cases, we suggest to use KEW 8343 (Signal source) together with KEW 4506.
It will not be effected by the extremely low L-E resistance and any RCDs will not trip as the test current ﬂowing between N-E is less than 1μA. 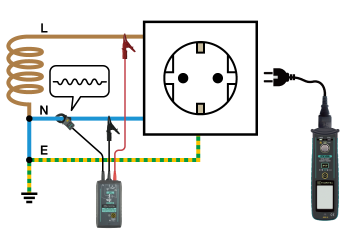 To test wiring systems with low resistances such as TN, building structure, and common earth systems, connect KEW 8343 to the location close to the branch circuit breaker to which 3P outlet under test is wired and apply test voltage.
N-E Reverse can be detected by applying a test voltage from KEW 8343 into the neutral line and examining the direction of the signal.
*KEW 4506 and KEW 8343 cannot be used on TN-C or IT systems.
*Signal Source KEW 8343 is sold separately.

All test results and PASS/FAIL in a clear display screen 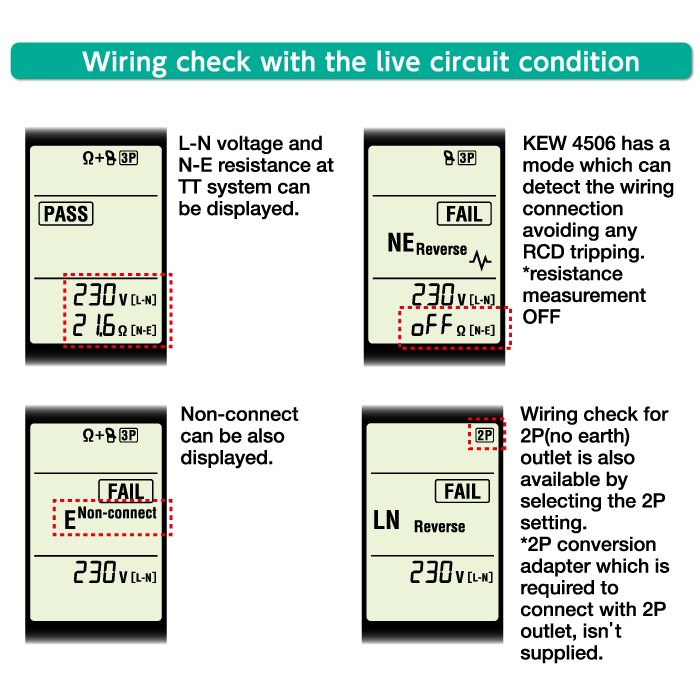 Where to use and limitations 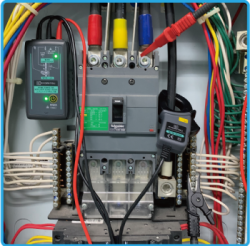 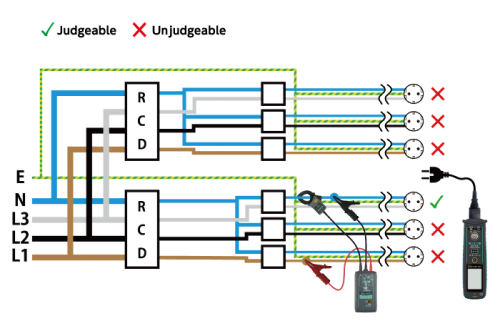 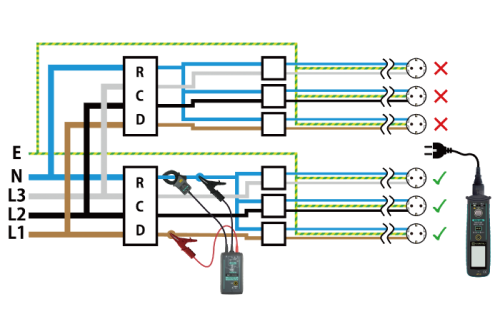 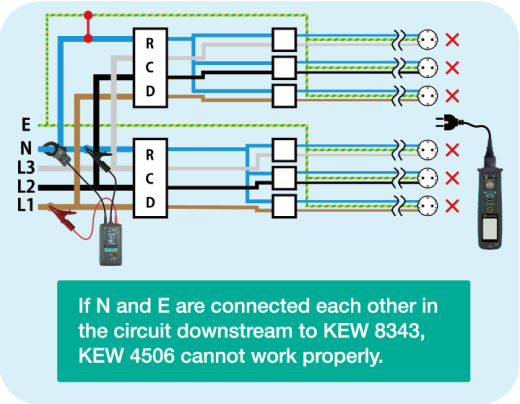 Create an Account
Sidebar
Start typing to see products you are looking for.